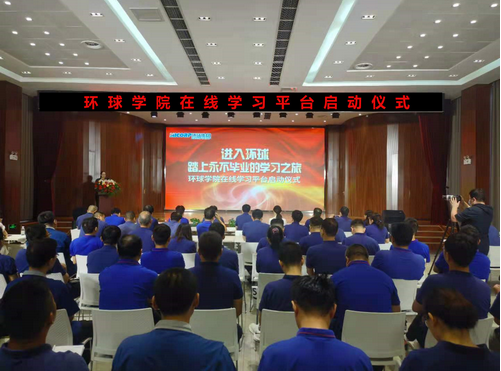 At the ceremony, the President announced the online-learning platform was officially launched and made an important speech. The President pointed out that 20 years ago, we proposed that “we should be good at learning, keep innovation and never satisfied, and our innovation and success will lead the whole industry.” We condensed this concept into learning, innovation and pioneering, and we also added the concept of thinking. To keep pioneering is our target and mission! The foundation of innovation lied in cognition, which came from knowledge and learning. Learning is the foundation, the source of everything! We need the integration of multiple learning methods, we should form a learning system with the Hicorp characteristics. 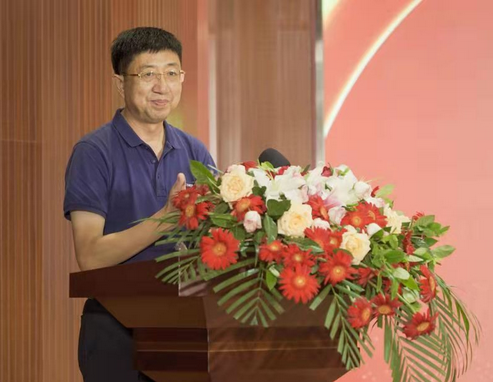 The President stressed that all middle-level cadres announced the establishment of Hicorp College in the form of oath on April 28, 2018 , the anniversary of the establishment of Hicorp Group . Today, we officially launched the Hicorp online-learning platform. Hicorp is a fighting community, all Hicorp people can get not only material gains, but also spiritual awards and intangible assets. Join in the Hicorp and Keep Learning! 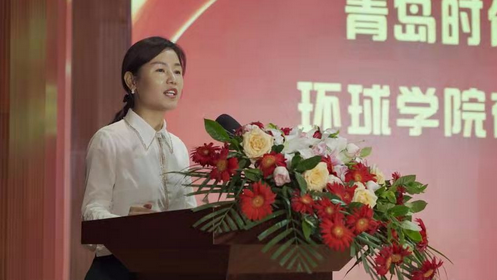 Hu Lecong, General Manager of Qingdao Times Guanghua, delivered a speech on the stage. General Manager Hu thanked Hicorp Group for its support and hoped that the launch of the online-learning platform would help all staff learning strategy, conform to Hicorp Group’s strategic plan for digital transformation and upgrading, and achieve win-win development. 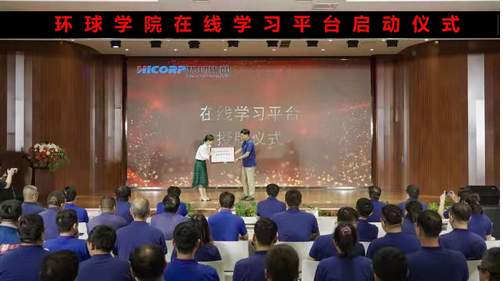 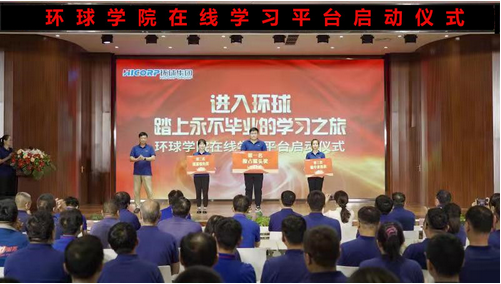 Seeking the length of wood, we must strengthen its roots; If we want to flow far, we must dredge its spring. In the next step, Hicorp Group will further innovate management, make full use of digital advantages, and strive to build an online-learning platform with Hicorp characteristics, so all employees can learn from work , so as to make learning become a way of life, enable "all staff to learn, all staff to innovate, and all staff to be qualified", and realize our beautiful vision of "leading the industry rand creating a centennial Hicorp", Realize the original intention and mission of Hicorp people - "enable the employees and shareholders to live with more dignity, and enable made-in-China to win the respect of the world"!