The sky is shining in July , and everyone is singing and laughing. Today, 100 years ago, a great political party solemnly declared its establishment. Today, 100 years ago, a red flag is rising in the wind. Hicorp Machinery (Qingdao) Company , a wholly-owned subsidiary of Qingdao Hicorp Group, officially launched the “Hicorp Intelligent Logistics Project ”at 9:00 a.m on July First, 2021. All in-service party members, cadres, team leaders , members of the intelligent logistics project team of Technology Department , all material planners and logistics personnel gathered at “Intelligent Logistics Center” , to jointly witness and record the official launch of the “Hicorp Intelligent Logistics Project”, to the 100th anniversary of the founding of the Communist Party of China! 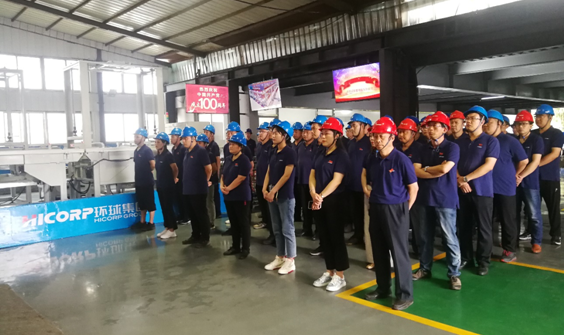 Before the launching ceremony, Zhao Chuanfu, General Manger of Hicorp Machinery Company , made a speech . He pointed out that our President officially released the “Hicorp Intelligent Factory Project” at the third quarter Private Economy Innovation Conference in Qingdao in December 2020. All managers and employees are in charge of implementation and landing the project, we must deeply understand and carry out the strategic plan of “Hicorp Intelligent Factory ”, which is pointed out by our President. 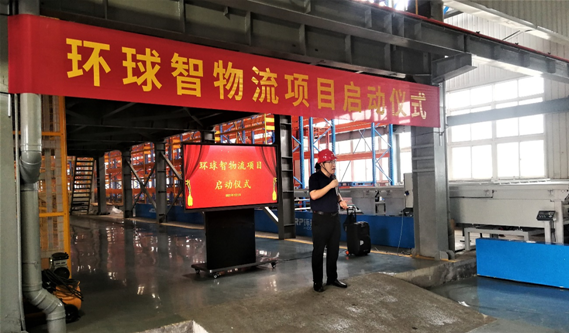