With the breeze of summer in early June, and chasing the pace of labor competition in full swing, Qingdao Hicorp Group's annual "Hicorp Cup" basketball friendly match was held from June 6th to 9th. In the hot basketball court, 81 contestants from the group and branch companies are waiting for the battle, warming up and preparing for the competition! 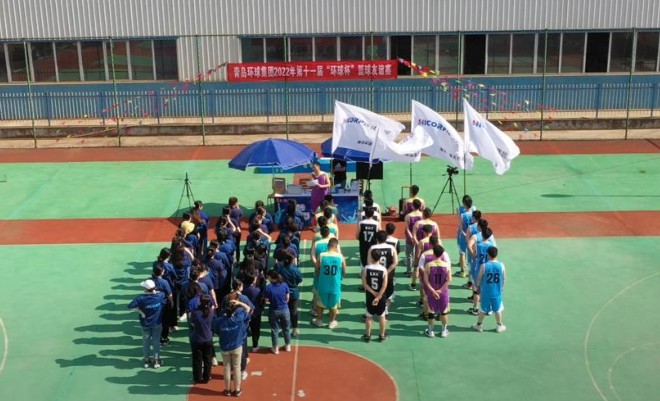 The men's basketball matches were even more exciting and enthusiastic. Struggling to grab rebounds, 3-point shots, and block shots... all the players were full of energy, cooperated tacitly, and scored beautiful goals one after another. Every quick back defense and a wonderful shot touched the nerves of all the spectators present.

This basketball game aims to enrich the spiritual and cultural life of young employees, further enhance the sense of responsibility, mission and honor of young cadres and employees, and encourage the majority of employees to do their jobs with stronger body and soul, higher fighting spirit, and more pragmatic style. The worker’s union and Youth League Committee of Qingdao Hicorp Group will continue to organize other colorful amateur cultural activities while vigorously carrying out labor competitions for all employees, so as to achieve "double promotion and double improvement" of skill level and spiritual culture!