Peng Jianguo, Secretary of the Party group and executive vice chairman of Qingdao Federation of trade unions, and his party visited our company to supervise and investigate our work 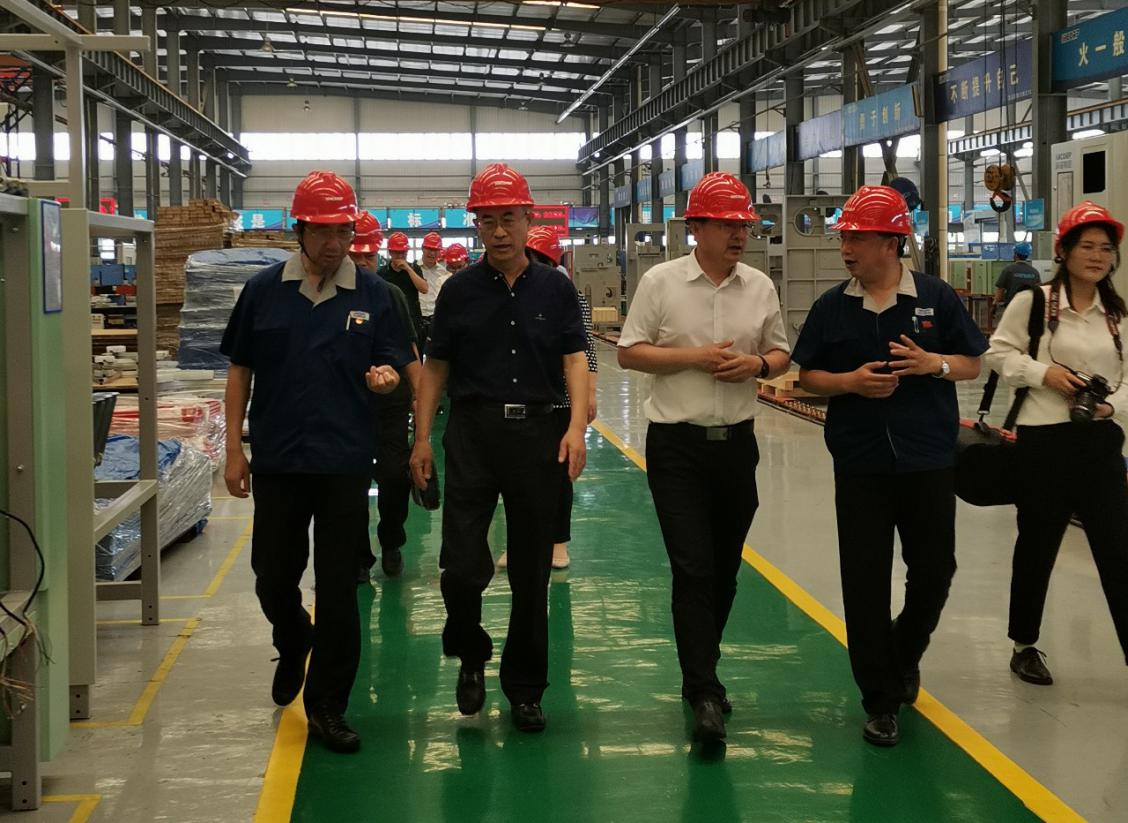 After that, the research group held a forum in the group conference room. Chairman Guan Yangchun warmly welcomed Secretary Peng and his party to the company for supervision and investigation, and expressed his heartfelt thanks to the Qingdao Municipal Federation of trade unions and the District Federation of trade unions for their long-term support and guidance to the work of the group's trade unions, and emphatically introduced the business operation at the meeting. Yin Yuwu, chairman of the trade union of the group, made a detailed report on the work of the trade union. The research group discussed the group team construction, staff innovation, cultural construction and other aspects.

Secretary Peng expressed deep admiration for the continuous growth of Hicorp group, affirmed the work of the trade union, highly valued the original intention and mission of Hicorp group and all staff innovation promoted over the years, and pointed out that the mode and practice of all staff innovation is also an innovation. Peng stressed that the trade union is a solid backing for the development of enterprises, requiring the District Federation of trade unions to continue to strengthen services for enterprises, promote the development of trade union work, play a greater role in promoting the harmonious and healthy development of enterprises.

We will continue to promote of "two constructions" and all staff innovation, carry out various staff training and amateur cultural activities, aiming to achieve the original intention and mission of Hicorp group - "to make the employees and shareholders of Hicorp group live a more dignified life, and let made-in-China win the respect of the world", and shoulder more corporate social responsibilities.